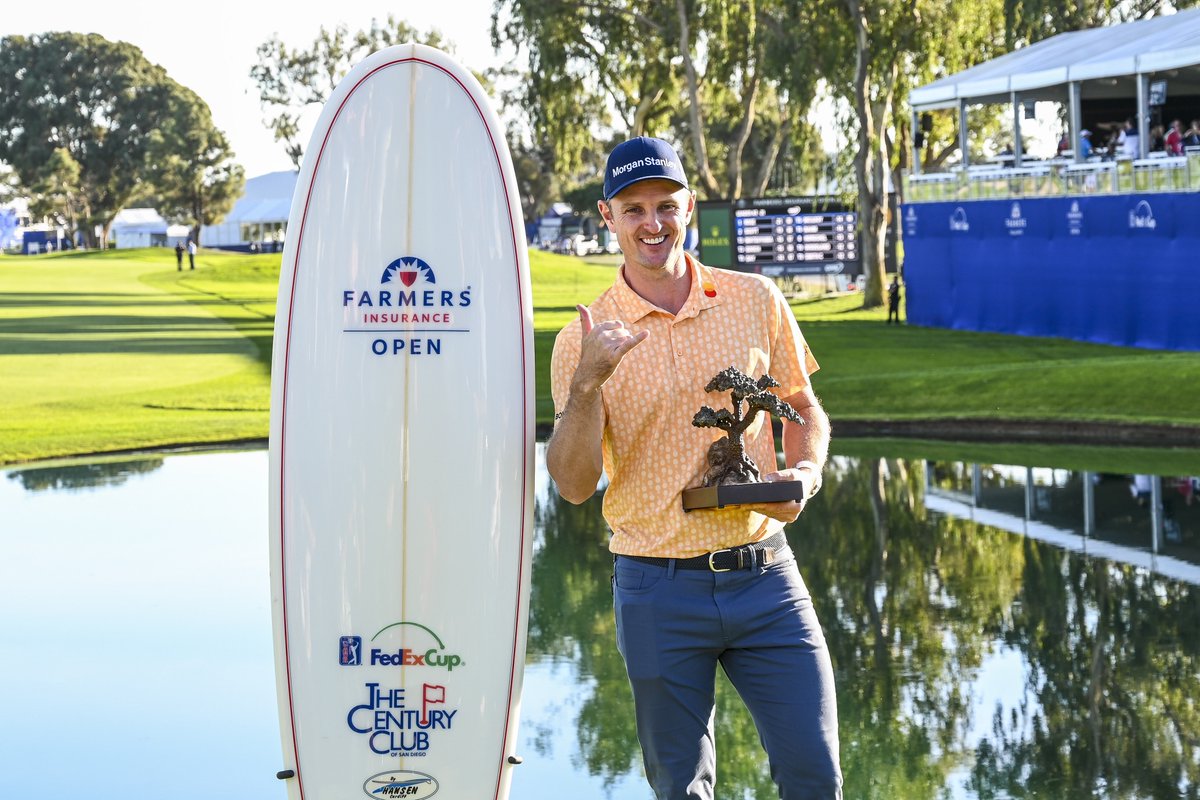 The Justin Rose World Tour rolls on, his performances continuing to dazzle intercontinentally, golf a passport to fame and fortune.

He won in America on Sunday, less than three months after winning in Turkey, a week after threatening to win in China and two weeks after contending in England. Up next, controversially, is the Saudi international in Saudi Arabia. He’ll arrive there Tuesday morning.

Rose is among those who have accepted an appearance fee to play in the newest European Tour event in a country believed responsible for the death of Washington Post contributor Jamal Khashoggi. Rose isn’t alone. Brooks Koepka, Dustin Johnson and Bryson DeChambeau—two, three and five in the World Ranking—will join him.

“I’m not a politician, I’m a pro golfer,” he said emphatically.

And an exceedingly good one at that. What is not nearly as controversial is his hold on No. 1 in the World Ranking, solidified with his two-stroke victory in the Farmers Insurance Open at Torrey Pines on Sunday.

Though he reached the pinnacle without winning a major championship in recent years, he has produced a sustained run of exceptional golf that not only includes his victories here and in Turkey, but a T-2 in the Open Championship and a PGA Tour playoff run that included seconds at the BMW Championship and Dell Technologies Championship and a T-4 in the Tour Championship, allowing him to win the FedEx Cup title.

Still, it was important to Rose that he validate his standing with a victory. That it came on a difficult course with an aggregate score of 21-under-par 267 with Adam Scott, Jon Rahm and Rory McIlroy threatening to overtake him was a bonus.

“I think he performed like the No. 1 player should today,” Scott said. “When he was shaky, he got it back together quickly, and then he didn’t do anything wrong on the back. He closed well, I think.”

Rose, who started the round with a three-shot lead, tripped at the outset with bogeys on three of the first five holes, then gave himself a little lecture.

“You're No. 1 in the world for a reason, just start playing like it, please,” he said. He did so with a birdie on the difficult seventh hole and a bogey-free back nine that included three birdies.

“A couple things that didn't go my way and then it starts to look and feel a bit shaky for sure,” Rose said. “But I always felt somewhat in control. I did a good job today of staying patient and never panicking. I think that was probably a bit of experience coming through that wouldn't have been the same.

“The FedEx Cup was a little bit like that. You're kind of playing with the house’s money a little bit. There’s a little wiggle room. You can make a bogey or two but you're still projected number [in the FedEx Cup]. It's a scenario that I didn't deal with very well. It was a little similar to that today, but I kind of checked myself much quicker today than I did at East Lake.”

As for his adding Saudi Arabia to his schedule, it is a guaranteed payday, certainly, but it also fits his schedule and he checks off another country on his world tour.

“It's a European Tour event,” Rose said. “Obviously I commit to playing my minimum on the European Tour, and I've always wanted to take a bit of time off in February. Those types of trips are very difficult to make if you're going to come straight back to the States and try and keep the momentum going. But I'm taking three weeks off after it, so to have an international trip fits in the schedule really well, and also it gets one of my European Tour events out of the way very, very early.

“There's other reasons to go play it. It's a good field, there's going to be a lot of World Ranking points to play for, by all accounts it's a good golf course, and it will be an experience to experience Saudi Arabia.”

Justin has not played for a few weeks; when is his next event?

He will play in the Arnold Palmer Invitational from March 7 to March 10.